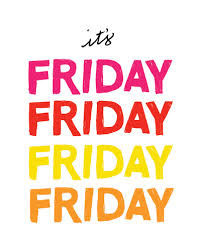 REVIEW!
The Constitution
begin to MEMORIZE the Preamble of the Constitution: the words in BOLD you will memorize the other column explains the meaning

REVIEW:
Constitution of the US Begin to Memorize the Preamble to the Constitution.

Expanding Nation
1. George Washington
Born: February 22, 1732; Westmoreland County, Virginia.
Died: December 14, 1799
Party: None
Age when inaugurated: 57
Term: 1789–1797. The first President unified the new nation and shaped the chief executive's duties. He refused to run for a third term.
Famous Fact: On their wedding day, Martha Washington gave him a miniature portrait of herself. He wore it on a chain around his neck until his death 40 years later.

2. John Adams
Born: October 30, 1735; Braintree, Massachusetts
Died: July 4, 1826
Party: Federalist
Age when inaugurated: 61
Term: 1797–1801. Adams had a tough job filling Washington's shoes. His advocacy of the Alien and Sedition Acts allowed him to silence critics, but made him unpopular. He lost reelection to Thomas Jefferson.
Famous Fact: Adams was the first President to live in the White House.

3. Thomas Jefferson
Born: April 13, 1743; Albemarle County, Virginia
Died: July 4, 1826
Party: Democratic-Republican
Age when inaugurated: 57
Term: 1801–1809. Jefferson approved the Louisiana Purchase of 1803, which nearly doubled the size of the U.S.
Famous Fact: Considered the most brilliant President, he wrote the Declaration of Independence, founded the University of Virginia, and was an architect, a farmer, and a scientist.

4. James Madison
Born: March 16, 1751; Port Conway, Virginia
Died: June 28, 1836
Party: Democratic-Republican
Age when inaugurated: 57
Term: 1809–1817. Madison presided over the War of 1812 with Britain, during which the White House was burned. The war ended in a draw.
Famous Fact: Madison is considered the father of the Bill of Rights.

5. James Monroe
Born: April 28, 1758; Westmoreland County, Virginia
Died: July 4, 1831
Party: Democratic-Republican
Age when inaugurated: 58
Term: 1817–1825. His term is called the "Era of Good Feeling" because there was little partisan fighting. He formulated the Monroe Doctrine, which declared the Americas off-limits to European meddling.
Famous Fact: Monroe lived out his retirement in poverty.